I love a good ghost story especially when you’re in the dark and around a toasty campfire. Just you, nature, marshmallows and peace and quiet you can only get from plonking yourself down in  the middle of nowhere. I am myself an avid ghost enthusiast in my spare time. My holidays usually involve me  travelling all over England and beyond in search of spooky sightings and general goings on. The history and stories surrounding some of these ancient sites are so rich that they literally leave me lost for words. So when I had the chance to travel across the pond to America on my holidays, I hired a great big 4×4 through US car hire, took some ghost hunting essentials and sought to experience some of the most famous haunted locations around. And America is the best place on earth to find ghostly going’s on which is why so many people like me visit the country on ghost tours each year.

Of course American TV Shows have gained cult status creating new supernatural fans because of the likes of Ghost Hunters and Ghost Adventures. The audience can’t seem to get enough of the investigations undertaken in spooky places such as Moundsville Penetentiary in West Virginia and Fort Mifflin, Philadelphia where there has been plenty of rumoured spooky and often nasty activity. In reality, these places did scare me a bit silly upon actually visiting them but the adrenaline keeps me wanting to come back to experience some more! I think that is a big part of why ghost hunting to me is so addictive and to so many other fans out there.

Upon my search for more ghostly towns to visit, I came across an array of amazing trips to add to my list and noticed that they were mainly all based in America! I  just had to share my finidings with you guys so here are what I class as the top ten American ghost stories ever… Ghost stories have surrounded the once family home for years, ever since Ronald Defeo claimed he was possessed when he shot all of his family dead in November 1974. The stories escalated further after the Lutz family moved in the following December and they experienced strange voices, loud banging noises, oozing green slime and sinister eyes looking in their windows. This is the most famous of all American haunted places and it spurred the Novel “The Amityville Horrors” and also 2 films were inspired by the goings on in this evil house. It’s no wonder that places like Boothill Cemetery, The Bird Cage Theatre and The O.K Corral are some of the most haunted sites in the Old West after all the bloodshed this small town has seen over the years. Ghost stories surround the famous Wyatt Earp family and other Lawmen such as Marshall Fred White. Everything from apparitions to shoot outs can be witnessed here, so don’t be surprised if you hear gunfire when no one is around! Most people know of the horror that took place in this beautiful Mansion in New Orleans. Delphine and her Doctor husband, chained and tortured slaves in the attic of this posh residence in the 1800’s. So the ghost stories that are told today surround the poor tortured souls that died here. One slave who is often seen and heard, was a young girl who threw herself out of an upstairs window after she had escaped the cruel pairs hands, only to plummet to her death. Other things are often witnessed here such as footsteps, rattling chains and eerie moaning, so no one dares stay the night. The Mansion is the highlight of quite a few ghost tours in the area and even more so when people hear that it was once owned by Hollywood  actor, Nicholas Cage! 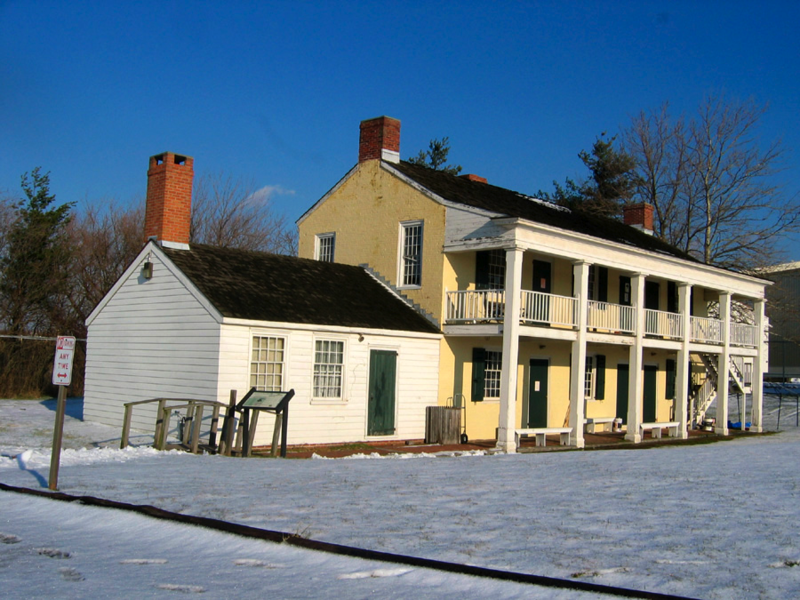 Fort Mifflin was built in 1771 and this is the only revoloutionary war battlefield that is still intact today.The most famous ghost story from Fort Mifflin is the ghost of lady Elizabeth Pratt who screams so loud that Philadelphia police have been called out to investigate the noises. The crew of the Ghost Hunters show also witnessed the same phenomena when they were there investigating certain claims of Hauntings. Built in 1821, the Moon River Brewery is one of the oldest buildings in Savannah. Witnesses have reported everything from bottles flying through the air, to people being touched, slapped or even pushed downstairs. So bad has the activity got, that the owners have halted restoration on the upper floors, as too many people were being hurt or spooked out by the goings on. The resident ghost Toby is also believed to haunt the basement or Billiard room, normally showing himself as a black mass which unsurprisingly frightens most people. The Brewery is exploring the history and asking Psychics to try to sense what is going on at present. Ghost stories surround the place where Bonnie and Clyde were finally tracked down, shot and killed in 1934. Just outside of Arcadia in Louisiana, there is a plaque to show the whereabouts of the Crime duos demise. It’s at this place where the ghostly pair are supposed to haunt. The bullet ridden car shown above, was towed back to Town without removing the pair’s dead bodies and now photographs taken at the site, get ghostly forms showing up on them. This prison was noted as the most violent of Correctional Facilities in America and some people say it still is today, even though no one living resides there now! Shut in 1995, over 1,000 inmates took their last breath here in the last 100 years that it was open. Most being Hung or sent to the Electric Chair, but some also being violently murdered by other inmates. Many stories surround this active, dark place. Neighbours and Hunters alike experience what lies within these walls. Everything from bangs, voices, shadows to full bodied apparitions. This is one scary hellhole! 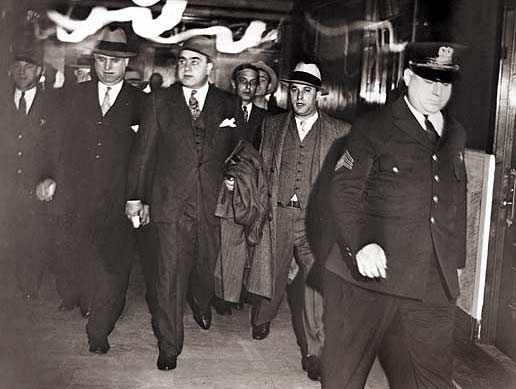 Al Capone the legendary Gangster supposedly haunts a couple of locations, one being the Carmel Cemetery in Hillside, Illinois. Where he reportedly appears when people are being disrespectful whilst visiting his family plot. He also Haunts the famous Island Prison of Alcatraz, where banjo music can be heard coming from what used to be his old cell. Abraham Lincoln is another famous face that reputably haunts a few places, mainly the White House where several people including presidents have reported seeing a tall, gaunt man in several of the rooms there. Passers by have also witnessed Lincoln standing gazing out of one of the White House windows on several occasions .He is also known to haunt the Oakridge Cemetery in Springfield, Illinois and also the old Court House where tourists and staff have seen a man fitting his description, heard footsteps, whispers, weeping and muffled voices.

1. The Haunting of Ester Cox 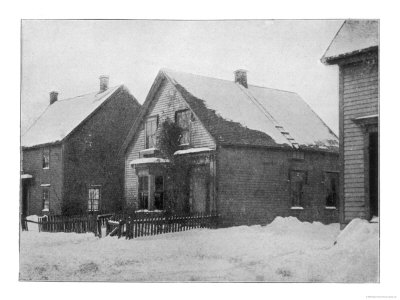 In 1878, the most famous haunting ever recorded took place in Amherst, Canada. A poor 19 year old girl by the name of Ester Cox was being plagued by an evil spirit who liked writing on walls. It wrote “Ester Cox you are mine to kill” on her bedroom wall, flung her bed clothes up in the air much to the amusement of her doctors. Also, thunderous cracks were heard coming from under her bed and in later manifestations, she swelled up like a balloon numerous times, with her eyes bulging and her face blood red. Doctors and Priests were brought in to deal with the escalating problems but alas they could not help. In fact at some points they made it even worse, causing Ester many injuries. After a while the thought to be Poltergeist activity soon began to diminish so after a few last hair raising events, Ester went on to live out her seemingly ordinary life.